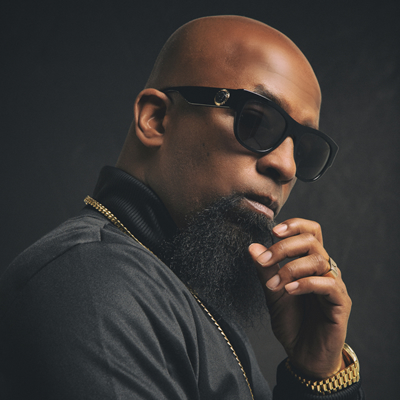 Tickets: All ages advance tickets are general admission and available now for $39.50 online at TicketsWest.

Unless sold out, tickets will also be available at the McDonald Theatre Box Office on the day of the show for $44 beginning at 5:30 p.m when the Box Office opens.

Tech N9ne, real name Aaron Dontez Yates, is widely regarded as one of the most successful independent artists in contemporary rap and hip-hop music with a career spanning more than 20 years.

Early in his career, Tech N9ne was a member of a group called Black Mafia, which was founded by Black Walt in 1990. The group also contained Boss Hoss, Short Nitty and Bakarii.

Tech N9ne was also a member of the group Nnutthowze, along with producer IcyRoc Kraven and MCs Dyno Mack, Agginy and Plaque. The group was signed to Perspective Records in 1993. However, the group disbanded soon after being released from the label. Tech often pays tribute to the group in his lyrics by saying “Six, six, triple eight, forty six, ninety nine, three” (6688846993), which spells out Nnutthowze on the touch pad numbers of a telephone.