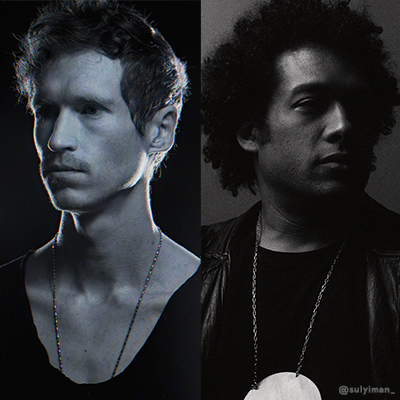 Tickets: All ages advance tickets are general admission and available Wednesday, August 31 at 10am for $25 online at TicketsWest.

A left-field pop musician whose energized material often puts an ebullient spin on everyday pitfalls, Louis Cole is one-half of Knower, a frequent studio collaborator, and a solo artist whose releases include Time (2018), released on the Brainfeeder label. Encouraged by friend and collaborator Jack Conte (Pomplamoose) to release music online, the Los Angeles native got to work after he graduated from USC Thornton School of Music. In 2010, he released a self-titled solo album, and he and partner Genevieve Artadi also issued their first full-length as Knower. Additional self-released solo and duo recordings, along with numerous videos, were scattered across the next few years. Cole co-wrote “Padded Cell” for Seal’s 2015 album 7, and within months, he and Artadi were featured on Snarky Puppy’s Family Dinner, Vol. 2. The year 2017 was particularly eventful for Cole, entailing a pair of co-writing credits on Thundercat’s Drunk (“Bus in These Streets,” “Jameel’s Space Ride”), his and Artadi’s placement of a song on the soundtrack for The Lego Ninjago Movie (“Dance of Doom”), and gigs opening for admirers the Red Hot Chili Peppers. Time, Cole’s third solo album, arrived on Flying Lotus’ Brainfeeder label in 2018. Made over the course of two-and-a-half years, it featured appearances from Artadi and Thundercat, as well as keyboardist Dennis Hamm and pianist Brad Mehldau.

Drummer, composer, and producer Makaya McCraven melds several creative music genres in search of new musical directions. Commonly referred to as a “beat scientist,” McCraven released In the Moment in 2015. The album showcased his sonic trademark juxtaposing jazz-funk, post-bop, vanguard jazz, and fusion with hip-hop, rock, and global rhythmic traditions, woven into left-field beat explorations. He has headlined his own albums and tours in configurations ranging from trios to orchestras. In addition to his own creations, he’s worked with guitarist Bobby Broom, pianist Greg Spero, and trumpeter Marquis Hill. 2018’s Universal Beings was recorded live and filmed in three transatlantic cities with a rotating cast of international musicians. In 2020, McCraven issued the film’s soundtrack as Universal Beings E&F Sides. For 2021’s Deciphering the Message, the drummer was granted exploring rights to the Blue Note vaults; he subsequently remixed and appended 13 jazz classics by label luminaries.