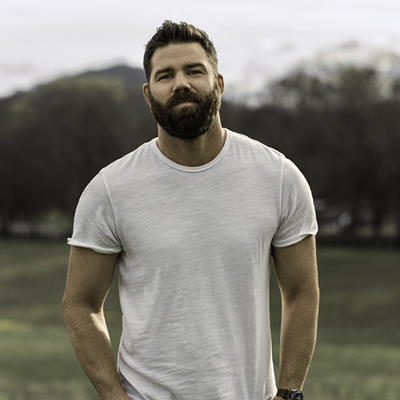 Tickets: All ages advance tickets are general admission and available now for $32.50 online at TicketsWest.

Jordan Davis transformed himself from a Nashville newcomer into a countrywide chart-topper with 2018’s Home State. Inspired equally by the old-school songwriters of his parents’ generation and the high-production dynamics of modern country radio, Home State was a once-in-a-decade debut, filled with fresh material — including the Number 1 hits “Slow Dance in a Parking Lot,” “Take It From Me,” and “Singles You Up” — that bridged the gap between the classic and the contemporary.

That unique sound owed its diversity to Jordan’s roots in Shreveport. Raised by a family of songwriters (including his uncle, Stan Paul Davis, who wrote hit songs for Tracy Lawrence during the 1990s), he grew up in the cultural melting pot of northern Louisiana, within a day’s drive of New Orleans’ jazz clubs, Mississippi’s juke joints, and East Texas’ country saloons. Music was everywhere, and Jordan happily soaked it up. “I never felt drawn to one specific genre,” he remembers. “I was just drawn to songwriting. It didn’t matter if I was listening to folk music or southern rock — if it was a well-crafted song, it would pull me in.”